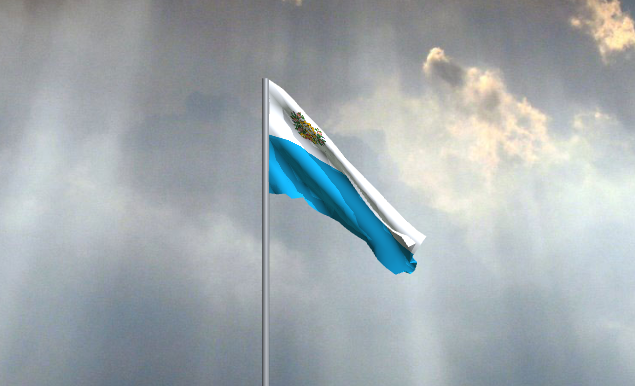 Today, Gymnasium State has celebrated its first Independence Day, meaning that the micronation has turned one year old. Let’s now look back on what it has done during the past year.

On 1st of September 2017, English MicroWikia was a witness of creation of new micronation called Socialist State of Gymnasium. It’s founders, four students of Gymnasium in Sušice, wanted to create working socialist community. Three days later was on meeting adopted a flag, and during next month, Socialist State of Gymnasium (or SSG, as it was for the first time mentioned outside MicroWikia) got two more citizens. However, the “Council”, as was the government unofficially called, has never written any constitution or any other laws. Micronation became anarchy and was forgotten.

It was refounded in December 2017, when more people wanted to become citizen. However, as original socialist idea failed, government started to reform the micronation. In January, Socialist State of Gymnasium was replaced by Gymnasium State, with provisional constitution written by one of founding members, Joel Novotný. First elections were held, with Adam Pivetz elected president. During January, Gymnasium State also became observer, and soon after full member of Union of Micronations of Central Europe (UMCE) which has made many improvements, like Informational System STEMMA, developed by Oneul Vespotok from Mekniyan Mekkism. Also, in January has Gymnasium State signed first international treaty, namely with MYCUS Republic.

In February, official constitution was written, and it came into force on 13rd of February. However, next day started first, and until now also only micronational conflict in Gymnasium State. After period of mobilization, Gymnasium State has declared war on two micronations, Bohemia and Moravia, from which one eventually threatened Gymnasium State’s sovereignity. However, no physical conflict has happened and the war ended three days later by mutual recognition of sovereignity. During March and April, first websites were published.

In May, government of Gymnasium State got an invitation from Principality of Squamily and Friends to join Micronational Olympic Federation. This offer was accepted, and Gymnasium State already confirmed participation in 2019 MOF Games in Millania. Entering MOF also meant the beginning of the activity of the Gymnasium State outside the Czech version of MicroWiki.

The government of Gymnasium State hope for another successful year.

View all posts by Gymnasium State